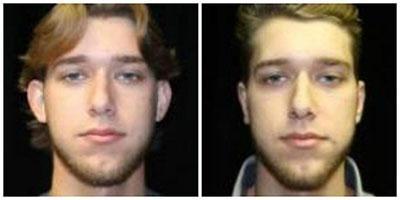 This is a 20YO gentleman from Destin, Florida who was concerned with his prominent ears.  He has been unable to wear short hair because he was self conscious of his ears poking out.  He says that he has had people making fun of his ears for years.

He underwent an otoplasty.  This procedure has resolved all of his problems.  As you can see from the pictures, his ears have been reshaped and are back in good, normal position now.  He is now able to wear much shorter hair.

This is a procedure that can be done in the office with IV sedation.  Most patients are able to go back to school or desk type work in around 3 days or so after the procedure.

After about 6 weeks, there are no limitations as far as activities go. 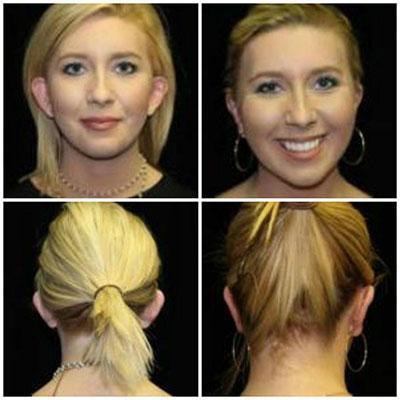 This is a 22YO lady that desired some cosmetic improvement of her ears.  She said that she could not wear her hair back and had problems wearing her hair down because her ears would stick through her hair.  She underwent a bilateral otoplasty as an outpatient procedure in the office.  Now, she can wear her hair any way she pleases.  She doesn’t have any problems with her ears protruding anymore.  She is very pleased with the appearance of her ears. 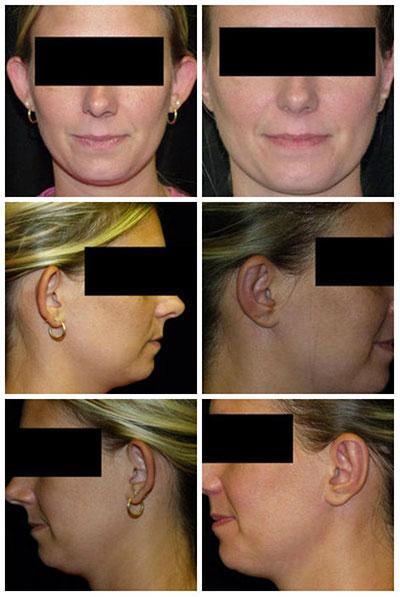 This is a young lady who had extremely prominent ears. This interfered with her wearing her hair back. Also, she noted that the ears would protrude the hair even when her hair was down. She underwent an otoplasty. This has reshaped her ears. We now have her ears back in good position. She can now wear her hair any way she desires. This procedure is performed in the office with some IV sedation. 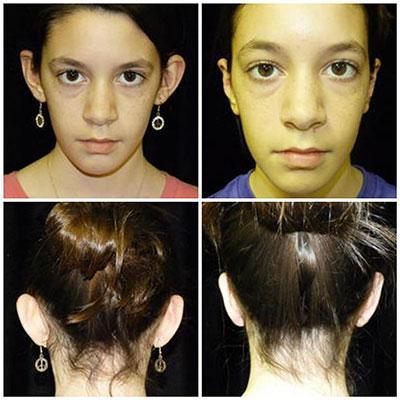 This is an 11-year-old young girl who complains of the inability to wear her hair in certain manners because of her prominent ears.  She underwent a bilateral otoplasty as an outpatient procedure.  This has now reshaped her ears.  She can now wear her hair in any manner that she desires. 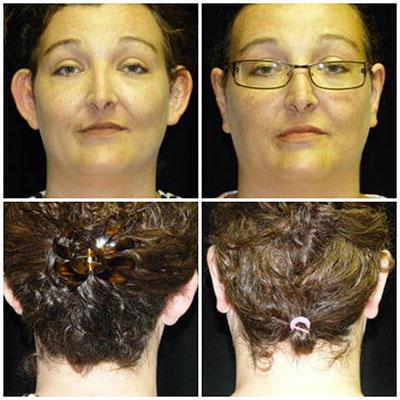 This is a 33-year-old lady who has very prominent ears.  This has bothered her for years.  She decided to get an otoplasty performed.  It was done as an outpatient procedure here in my office.  Postop results show the reconstructed ears.  Now she says she can wear her hair how she wants to.  Also, she is going to get her ears pierced so she can start wearing earrings. 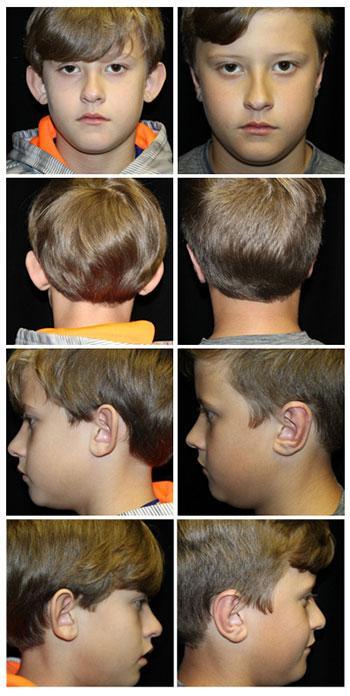 This is an 11YO young man that wanted some improvement in his ears. He had been made fun of at school because his ears were quite prominent.  I did a bilateral otoplasty which totally corrected his problem. After doing an otoplasty, the ears will usually stay back in position the rest of the patient’s life.

Otoplasty can be done on children after age 6. The ear is about 85% grown at age 6 and any time after this age you can perform the procedure.

It is often good to have this procedure performed before children in school starting making fun of the prominent ears. This way the child never develops a complex about the appearance of their ears.