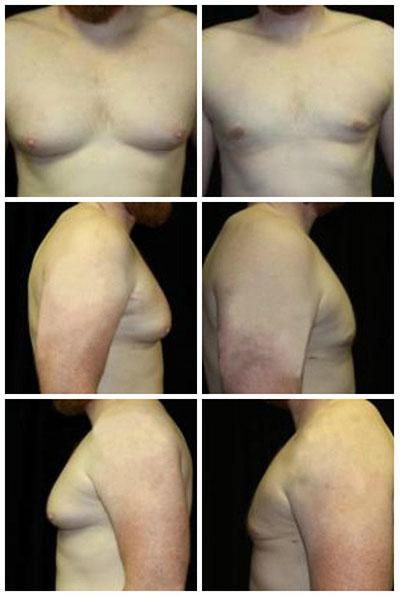 This is a 28YO gentleman from Ozark, Alabama.  He is interested in some improvement in his breasts.  He complains of gynecomastia.  This is a condition that some males have where their breast tissue is enlarged and they have excessive fat around the breast area.  Usually, there is no known reason for this development.  Sometimes it can be related to taking certain medications.  However, once the breasts develop, they usually continue even if the medication is stopped.  Still in most cases, it is unknown what the cause is.  The treatment is removal of the breast tissue and fat.  This is usually done by making a small incision on the undersurface of the areola area and removing some of the hard nodular tissue right underneath the breast.  The periphery of the breast area is removed with liposuction.

This procedure is done as an outpatient procedure and most patients can return to work in 2 days as long as they are not doing heavy, repetitive, type work. 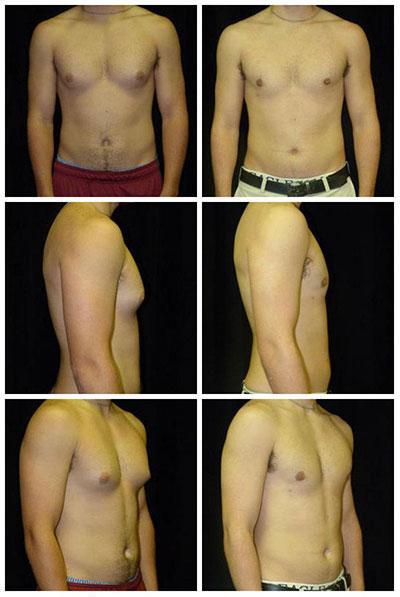 This is a 19YO male that developed gynecomastia for several years. He was not a body builder and had never been on steroids or taking any medications associated with his problem. On exam, he was thin and reasonably sculpted. There were no breast masses but he did clearly have a mild case of gynecomastia. He underwent surgery, initially attempted through stab incisions at the inframammary crease to remove the breast tissue with use of an arthrotec cartilage shaving instrument. His breast tissue was extremely rubbery and this technique was not working. We had to convert to an open incision and directly excised the tissue through a periareolar approach. He is shown in photographs 2 months after the initial procedure. He has gotten a flattened chest contour with good symmetry and uniformity in the skin thickness over the chest. 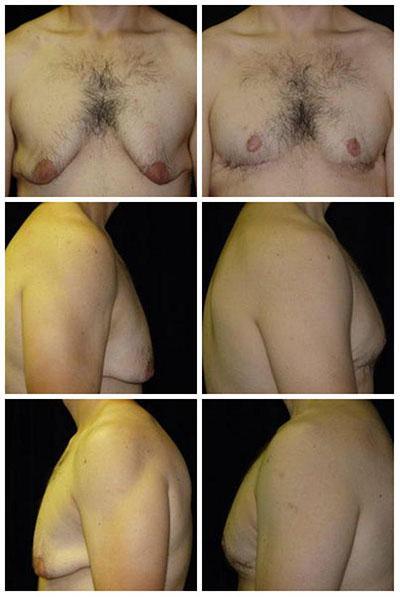 This is a gentleman who has a moderate amount of breast tissue and very saggy breasts after some weight loss. His nipples were so low that we had to remove the nipple and move it up in position as well as tighten the skin. Preoperatively, you can tell the nipples are quite low and he has a lot of loose, saggy skin of the breasts. Postoperatively, we have removed the loose, saggy skin and have reshaped him. 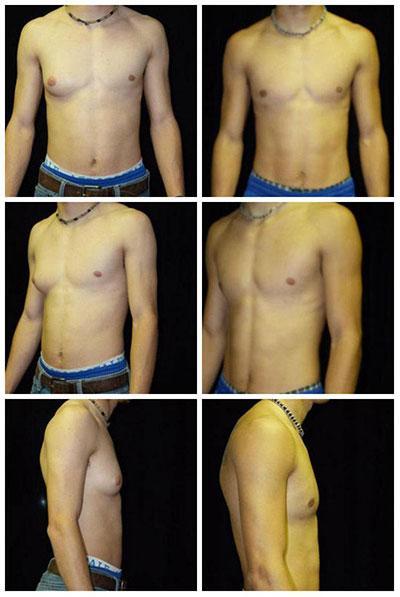 This otherwise healthy, athletic man has had for years asymptomatic unilateral gynecomastia. He underwent a sub-Q mastectomy using a combination of S.A.F.E. liposuction and the Arthrotec cartilage shaver to remove the persistent subareolar breast tissue. He has gotten a very nice result with loss of projection and improvement in symmetry. The scar is a 3mm scar at the inframammary crease. 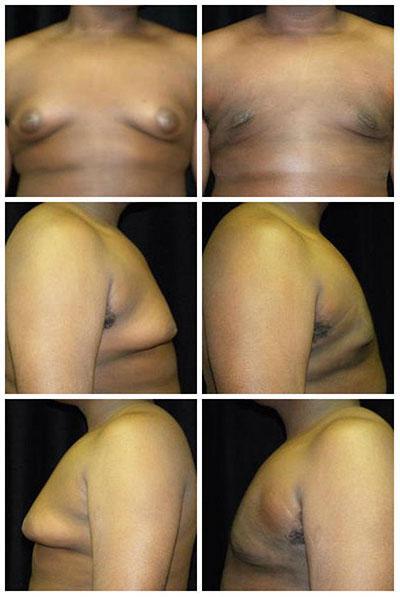 This is a 16-year-old young man who had severe gynecomastia.  He would not go swimming or do any type of physical activities without a shirt.  He also wore at least two T-shirts and usually a loose, baggy shirt trying to camouflage the breasts.  There is usually no hormonal abnormality in males with breast tissue.  It seems to be a normal variant.  However, most males that have breast tissue are very self-conscience of this.  The treatment of this is surgical removal.  This procedure is done as an outpatient.  Usually people are back to driving cars within a couple of days.  Postoperatively, you see a great reduction in the young man's breasts. 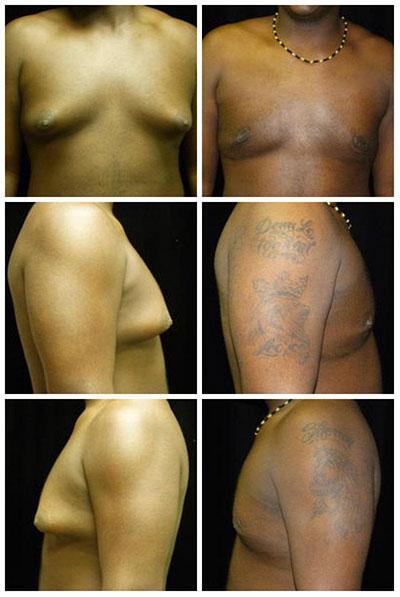